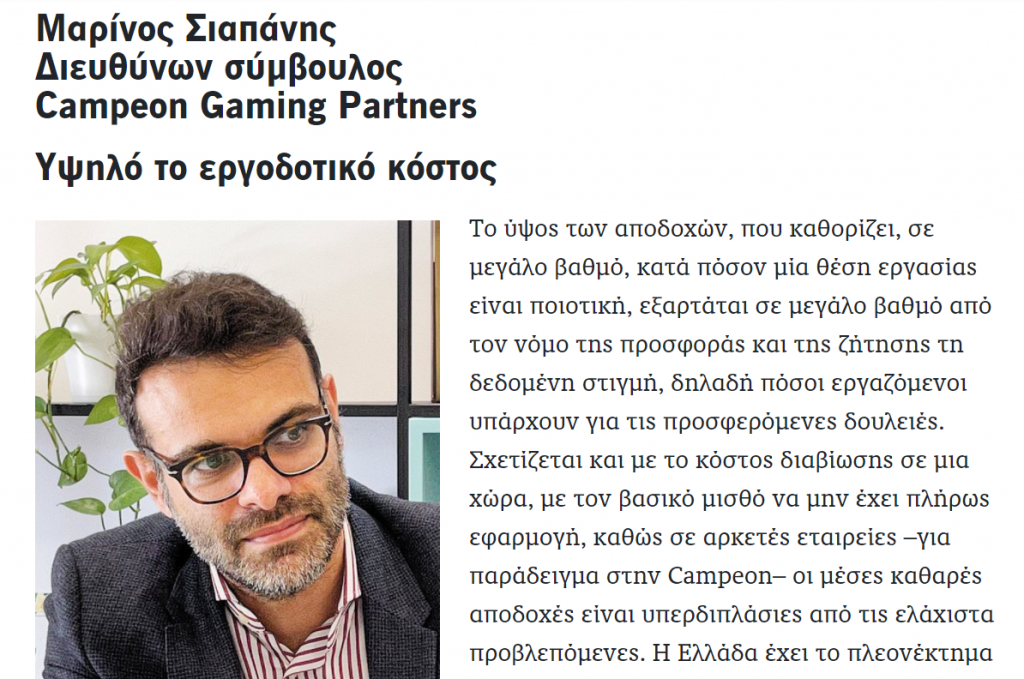 During 2020, Greece’s population was decreased as never before since the end of the war. It shrank by 46,000 people, as much as the (negative) balance between 131,800 deaths and 85,600 births, according to the Hellenic Statistic Authority. However, one more negative record had preceded that. During the 2008-2017 period, approximately 500,000 Greeks with high-level skills left the country, looking for a job. This equals to 4.6% of the total and most productive population of the country, as 51.4% of them belongσ to the 25-44 age group, while 70% of them are university graduates, according to the Hellenic Federation of Enterprises. This labor migration wave of high-skilled young people had a big impact on the Greek economy, which has been calculated to 15 billion euros by the Authority for universities’ reviews. Brain drain, birth deficit, and many years of recession, which was followed by the pandemic crisis, after a short recovery, are elements of the perfect storm for a volatile economy, like the Greek economy.

This question was posed by “Kathimerini” to top management executives of the Greek business world, who represent a critical amount of the quality jobs in Greece. As they say, even though unemployment is still very high, many businesses face significant difficulties to find the right employees for high-paid positions. Even though this seems like a paradox, it becomes more clear if we take into account that the connection between education and labor market is still taking baby steps. […]

“The amount of earnings, which determines the quality of a job, is largely dependent on the law of supply and demand of the moment, meaning how many candidates are available for the given positions. It also has to do with the living costs of a country, since the minimum wage does not apply fully, as in many companies – for instance in Campeón – the net average salary is more than double, compared to the minimum. Greece has the advantage of a relatively small labor market, giving the opportunity to executives to ‘grow’ fully within a company, which is something that does not happen often abroad. In addition, Greece has well-trained executives, without this reversing the fact that we face difficulties in finding the right people. In more specialized jobs, it’s even harder to find people with the right skills. At the same time, the labor cost is still very high, especially if compared to similar with Greece countries, like Cyprus, although important steps have been taken to decrease it. That being said, if a company wishes to offer big salaries, it has to take on disproportionately high indirect costs”, said Marinos Shiapanis, Campeón Gaming Partners CEO.

As published in Kathimerini newspaper 9/5/2021